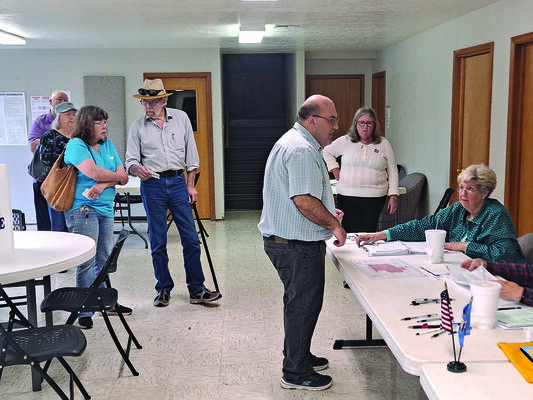 Voters in Stephens County broke the same way as the majority of the rest of the state with Republicans at state and federal levels getting a clean sweep.

In most cases, totals from Stephens County showed Republicans with 4-to-1 to 5-to-1 advantages in nearly every precinct and in every county total.

Comanche area voters were right on pace with the rest of the county with Republicans dominating at the polls.

Republicans started fast out of the gate with 4,574 Republican voters marking the straight party voting box compared to 824 for Democrats.

In Stephens County, Stitt had 8.957 votes to Hofmeister’s 3,580. Independent Ervin Stone Yen had 297 votes and Libertarian Natalie Bruno had 282 votes.

Ryan Walters (R) ran away with the State Superintendent race. In Stephens County, he had 8,839 votes to 4,230 votes for Jena Nelson (D).

Several judge positions were also up for grabs. For positions that serve multiple counties, Stephens County went along with other counties in electing judges.