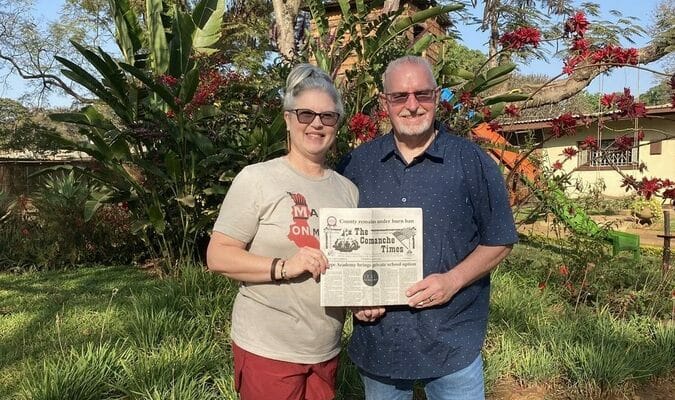 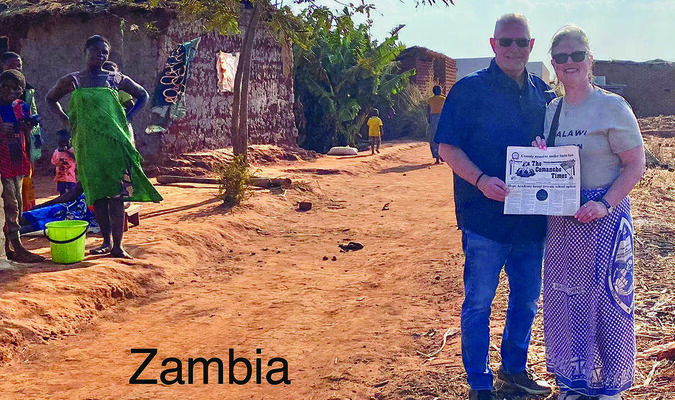 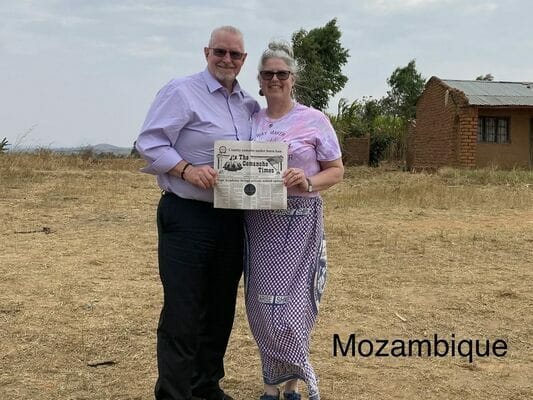 Local pastor Mark Hall and his wife LeAnna recently returned from a mission trip to Malawi. The trip was Aug. 10-26, including travel time.

“Going over, we left on Wednesday morning and got there Thursday afternoon, which is about typical,” Hall, the pastor at First Baptist Church of Comanche, said. “We had like a two-hour layover in New York City and about a four-hour layover in Kenya. We had much longer layovers on the way back. We had plane difficulties in New York. Coming home was 46 1/2 hours of travel time from the time we left until the time we got home.”

The Halls were there to see their daughter Jamie Schilt, her husband Chris and their five children, who are International Mission Board missionaries to Malawi. They both work with the Baptist Theological Seminary of Malawi and Jamie manages the guest house in Lilongwe. They are also helping plant a church, International Community Baptist Church.

A trip to Malawi was planned last year, but airline difficulties forced the cancellations.

“We didn’t get our money back from the airline until this April,” Hall said. “We had planned to take a large group last year, but we decided for us just to go this year. This was more going and meeting with the pastors and their wives individually and in groups and teaching at the seminary. “

The last time they went a few years ago, they had taken a larger group where they had a health clinic.

“(This time) it was more direct ministry and not any kind of big, flashy thing,” Hall said. “We taught some of their adults about personal evangelism and their responsibility to share the gospel with their friends and family. We visited northern Malawi where we met with church planters.”

Hall recalled one impactful encounter that they had.

“(It was) with a pastor that is trying to establish ministry in villages and with a group that has been shunned by other religions,” Hall said. “Many of their cultural practices are also linked to traditional African religion and spiritualism. He is trying to show them the love of Christ and reach them with the Gospel. It is his prayer that they will see that love and desire to have a relationship with Jesus, and then they will recognize their sin and allow Jesus to forgive them.”

Hall said he was challenged in his own faith when he saw Christians with practically nothing filled with joy in contrast with Christians in the United States.

“Their house is a room (about the size of my office) and a little bedroom off to the side and they don’t even have their own restroom and stuff,” Hall said. “And yet, they’re going into villages and sharing the Gospel with a smile on their face and with the joy of the Lord. It challenged me with all the things we have and we worry about.”

There were also some similarities.

“One of the interesting things when I was talking about personal evangelism, I asked them what keeps us from doing evangelism,” Hall said. “It was the same answers we get here...I’m afraid I don’t know enough...People might laugh at me...I thought, I could be teaching this in Comanche, Okla. and get those exact same answers. It was eye-opening a little bit to see how much they struggle with the same things we struggle with. It was challenging because they deal with a level of needs that we can’t even imagine experiencing food and health care and things like that.”

Hall said they will plan on going back in a few years.