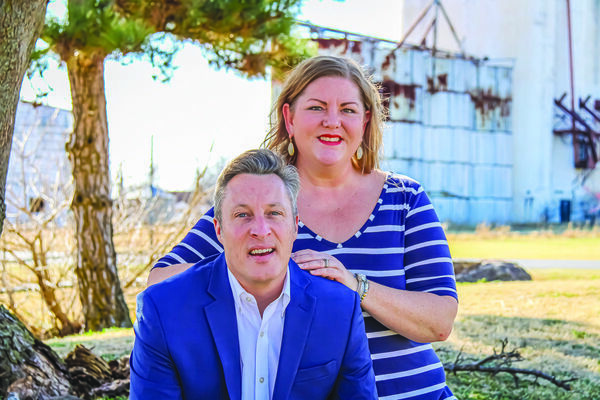 Neil West has announced his intent to become the next District 5 judge. District 5 includes Stephens, Comanche, Cotton and Jefferson counties West, of Lawton, has several years of courtroom and other law-related experiences.

Originally from Illinois, West moved to New Mexico at a young age with his family and went on to graduate from New Mexico State University.

He worked for three years in retail management before making his way to Oklahoma City University to get his law degree where he graduated with his Juris Doctorate of Law in 1997.

Afterward, he moved to Lawton to be closer to his brother and his family in the area.

As a young lawyer, West served as a judge for Teen Court Inc, in Lawton. For many years he also served as president of the Board of Directors for the organization.

“In this role I was able to coach and mentor student attorneys, as well as juvenile offenders,” West said. “This allowed young people the opportunity to learn from their mistakes, take responsibility, and learn to become strong, independent adults.”

Currently, West serves as a public defender for the Oklahoma Indigent Defense System.

“While I also managed a successful private civil and criminal law practice for separate periods over many years, I have found that my heart is truly in the role of a public servant,” West said.

If elected, West said he will serve the community and courtroom with fairness, courage and clarity.

“A courtroom should be a balanced and impartial place of justice,” West said. “As judge, I will ensure that every person is treated with respect and equality within the law. I believe that it is imperative that judges build trust with the community they serve.”

And, West believes, he is just the person to do that.

“I have the integrity and courage to make the tough, sound, legal decisions that are presented to me,” West said. “I will interpret the law fairly and impartially, making the right decisions in all matters before me. As judge, I will provide clarity to complex situations. I will explain my decisions in a manner that is clear and understandable to all parties and ensure that everyone who appears before me knows the reasoning behind my decisions.”

In his personal life, West married the former Lacy Reed of Comanche in 2018. They reside in Lawton with their Labrador named Sidney.

He has also been active in the community by volunteering in leadership with the American Cancer Society, the March of Dimes, Lawton Community Theatre Board of Directors, and Arts for All, Inc. In addition, he is a member of First Presbyterian Church, Southwest Pride Barbershop Chorus, Lawton/Cameron Civic Chorale and the Lawton Philharmonic Chorus.

“I have about 25 years of experience in the legal field,” West said. “I have a good judge temperament. I’m even-tempered, have depth and have been on both sides. I’ve been in on some nasty cases and I’m ready to step up and take the call. I don’t see this as career advancement. I think this is the right fit for me to help people. It’s also a way for me to give back to the community at the same time.”

West is hosting a “Meet the Candidate” event at Patterson Ave. Baptist Church in Comanche this Sunday from 2 p.m. to 4 p.m.

Garvin sworn in as state senator