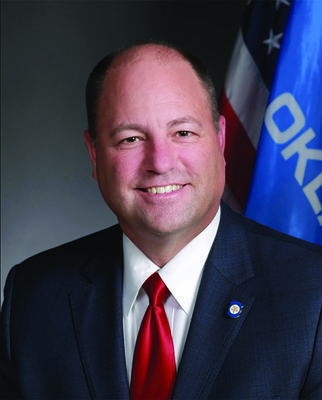 The Oklahoma Employment Security Commission (OESC) recently announced plans to raise employer taxes at the beginning of the year to combat historic unemployment rates. Sen. Paul Scott, R-Duncan, is urging Congress to provide the necessary unemployment funds in the next stimulus package to spare business owners another financial hardship.

“This has been a historic year for unemployment, but it makes no sense to increase the burden on our business community by hiking the employer tax rates, especially given that not all businesses have made claims. Many have been forced to close permanently and this may well cause more to shut their doors, which will further hurt our economy,” Scott said. “We must do all we can at the federal and state level to help support the business community and those who create jobs in our local communities.  As Congress is working to finalize another stimulus package, I urge my fellow Oklahomans to reach out to our congressional delegation and ask them to provide funding for state unemployment funds and stop these employer tax increases.”

Under state law, the OESC is required to examine the unemployment insurance trust fund’s solvency each summer. When solvency falls to a certain level, state law mandates that OESC increase employer taxes for the next calendar year.  According to OESC, solvency has decreased significantly, moving the trust fund from the status with the lowest tax rates, “No Conditional Factor,” to “Conditional Factor D,” which is the highest tax rates.

Scott is also troubled by the fund’s updated solvency status given the OESC has distributed around $100 million in fraudulent unemployment claims since March.

“I’m also extremely concerned about this employer tax increase since OESC has paid out such an astronomical amount in fraudulent claims. I’d like to know how much of this fund’s insolvency is due to that fraud, which is not the business community’s fault and they should not have to pay for it,” Scott said. “State law mandates OESC to increase employer taxes when the solvency falls to these levels, but again, better handling of the unemployment crisis by this agency would have saved the state millions of dollars. I believe the legislature needs to look at this state mandate and hold OESC more accountable for future distribution of state funds and not punish business owners.”

The OESC is actively working with credit card vendor Conduent and financial institutions to recover the funds that have been paid out to individuals who have filed fraudulent claims.

The new tax rates will be effective Jan. 1, 2021.  Additional information on the rate increases is available at https://oesc.ok.gov/unemployment-employers.

Garvin sworn in as state senator