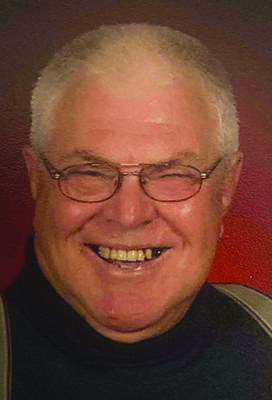 Joe was an avid Oklahoma Sooner fan from birth in Kingfisher, Oklahoma on Nov. 14, 1935. For the first 10 years of his life he lived in various places in Oklahoma, Texas, Louisiana, and Wyoming while his father worked as a wildcat driller. When Joe was 10 years old the family settled on a farm on Mud Creek in Comanche, Oklahoma. For his first years of school, he attended a one-room schoolhouse and then completed 6th -12th grade at Comanche School, and graduated with the famous class of ‘54. Joe married Nila Walton on Sept. 4, 1954, in Henrietta, Texas, while attending Cameron Junior College.

In September 1955 Joe enlisted in the Army and completed basic training at Camp Chaffee in Fort Smith, Arkansas. He then continued his training at Fort Bliss in El Paso, Texas. For the remainder of his tour, he was stationed at Camp Hanford, Washington.

In 1960 he went to work for the Civil Service in Fort Sill, Oklahoma and eventually took a position with the Department of Army Civilians at Redstone Arsenal in Huntsville, Alabama. During this time Joe served his country by working on various missile systems across the globe including the Sergeant Missile and the Convair B58 Hustler. He spent time stationed in Washington, Utah, Texas, Oklahoma, South Korea, and Germany. In 1973 Joe and Nila moved to Clarksville with their family, where Joe ran a Beefmaster Ranch.

In 1986, Joe retired and the couple moved back to Comanche, Oklahoma. In 2001, Joe and Nila returned to Clarksville to be near their children and grandchildren.

Joe was a member of First United Methodist Church of Clarksville. He was involved in the Great Plains Emmaus community and served many years with the Kairos prison ministry. Joe loved his family, fishing, gardening, cooking, and Oklahoma Sooner football. He will be lovingly remembered and dearly missed by the many friends and family that have been a part of his well lived life.

Joe’s family and friends will celebrate his life during visitation at Hardwicke Chapel on Wednesday, Sept. 16 from 5 p.m. - 7 p.m. A graveside service will take place on Thursday, Sept. 17 at 3 pm at Holman Cemetery, Lamar. In lieu of flowers the family asks that donations be made in Joe’s honor to: The Heifer Project, Arkansas Hospice, or a charity of your choice, whose mission is to serve those in need.