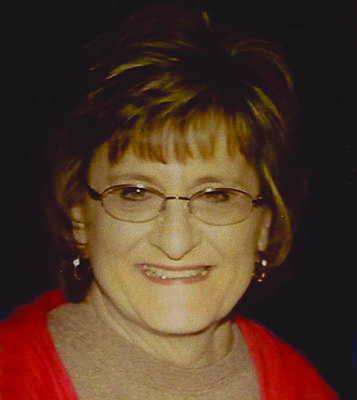 Funeral services for Carol McIntyre Gonzales, 71, of Corum, were held at First Baptist Church, Temple, Sept. 11, 2020 with Rev. Kevin Simpson officiating under the direction of Hart-Wyatt Funeral Home in Temple with interment in the Temple Cemetery.

Carol McIntyre Gonzales was born to Robert Frank “Bob” and Wanda Lou (McFatridge) McIntyre on August 24, 1949 in Duncan and departed this life in Hastings on Sept. 8, 2020 at the age of 71 years and 15 days.

Carol grew up east of Temple, graduating from THS in 1967. She attended a couple of years at Oklahoma State University before moving to the Dallas/Fort Worth area.

There she began a long sales career in the steel industry at Schill Steel of Dallas, then J&M Steel of Fort Worth before going to work for Castle Metals of Grand Prairie, Texas.

She married Andrew Gonzales on Feb. 10, 1984 in Dallas, making their home in the metroplex until Andrew’s retirement in 2008. They then built a new home back in Oklahoma at Waurika Lake and Carol continued working for Castle remotely from her office in Temple.

The couple enjoyed many years of going to Red River, New Mexico to get away from the heat, as well as trips to the horse races at Ruidoso, New Mexico.

They loved going snow skiing, taking cruises and train trips. She loved baking for her nieces and nephews and making her famous salsa. Carol was a member of First Baptist Church in Temple.

She was preceded in death by her father, Bob McIntyre in 1986, and her mother, Wanda McIntyre Gibson in 2007.

Carol is survived by her husband, Andrew, of the home; her brother and sister-in-law, Pat and Diana McIntyre of Temple; her sister and brother-in-law, Joyce and Kirby Adams of Corum; her nieces and nephews and their spouses, Christy and Brett Glasscock, Brian and Joan McIntyre, Kyle and Dana McIntyre, Brent and Taylor McIntyre, Craig and Tara Henson, Aaron and Tisha Henson, Ashley and Austin Bain; brothers-in-law, Johnny Gonzales, Jessie Gonzales, Frank Gonzales and wife Gloria; sisters-in-law, Rosemary Gonzales, Phyllis Moya and husband Robert, Nellie Burmudez and husband Johnny; other relatives and many friends.

Memorial Donations can be made to First Baptist Church, Baptist Home for Girls-Madill or the Temple Alumni Association.