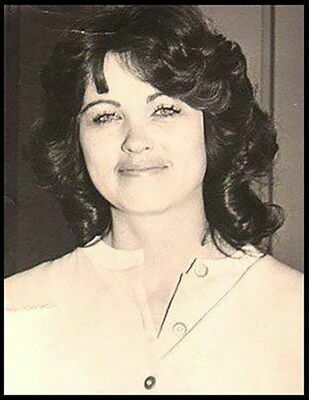 (Editor’s note: Background information for this story was gleaned from various stories on websites and the “Something’s Got to Give,” podcast (www.somethingsg2g.com))

June 4, 1988 started out as a typical lazy summer Saturday in Comanche. For one Comanche family, however, it was a day their lives changed forever.

That Saturday morning, Mary Morgan Pewitt’s mother, Elizabeth Morgan, was returning Mary’s two daughters to their 25-year-old mother after the children spent the night at the home of David and Elizabeth Morgan.

There was no answer at the door. Amber, Mary’s youngest daughter, went and peeked into her mother’s bedroom window. On the bed was her lifeless mother covered in blood. Investigators would later find out she had been stabbed 30 times.

Thirty-three years later, the case is still unsolved and has the distinction of being Comanche’s only unsolved murder.

Mary had been married three times, the first at the age of 16 (Ricky Tidwell). Two more marriages (Tim Allen and Stan Pewitt) followed. The second ended in divorce and the third was headed in the same direction.

In a 2004 YouTube video, David Morgan, Mary’s father, described his daughter as a fighter, who also fought for others and was a confrontational person. She had been involved in several volatile relationships.

She struggled trying to make ends meet for herself and her children. She had been injured while working at a nursing home. The injuries required several surgeries and her job options were limited because of it.

Just 13 days before her murder, she had gotten a job at Harold’s Club, Comanche’s only bar.

On Friday night, June 3, Mary Morgan Pewitt closed the bar and took the receipts over to the bar owner’s home. She then went home to 611 N. 10th Street where her friend, Randy Benson, was already there waiting for her. He told police afterward that they watched television and he left at 12:45 a.m. that morning.

What happened after that remains a mystery. Somewhere during the early morning hours, someone entered the home and stabbed Mary 30 times in the neck and upper chest. She had defensive wounds on her arms and hands as she tried to defend herself against the attacker.

She would be found in a t-shirt, underwear and socks, but the autopsy revealed no sexual assault had taken place.

The case was originally handled by the Comanche Police Department and then it was handed off to the Stephens County Sheriff’s Department and then to the Oklahoma State Bureau of Investigation (OSBI). It is now in the hands of the OSBI’s cold case division.

The Comanche Times reached out to OSBI about an update on the case though no response has been given to certain questions. OSBI did say they could not comment much on the case since it is still an open case. No answers were given as to whether advances in technology shed new light on evidence or if there are any current persons of interest.

In past interviews, OSBI agents have said one of the problems is that there are too many suspects. The fact she was stabbed and the number of times she was stabbed has led investigators to believe it was personal and not a random act.

The OSBI will not comment on any direct motive, but there are several theories about who may have murdered her. It includes people from past relationships to even possible strangers. Mary was attractive and her appearance got the attention of men she was around, which led to one theory of a stalker or secret admirer killing her.

DNA was recovered at the scene. Testing DNA evidence was in its infancy in the late 1980s and given the advancement in that field since, it raises the question of whether it now can be identified.

The OSBI has not responded to the inquiries, however, about DNA or finger/palm prints found at the scene.
Mary’s oldest daughter, Kira Allen-Lowe, reported on May 23 on the Mary Morgan Pewitt Facebook page, that her mother’s case had been handed off to a new agent, Joe Kimmons, and she was waiting for him to get back in touch with her after reviewing the case.

“I was informed on Feb. 26 that Joe Kimmons had been assigned to my case,” Allen-Lowe said. “He has yet to return any of my phone calls.”

Allen-Lowe said that while her grandmother and her sister have turned to their faith to help come to be at peace with the murder, she has taken her grandfather’s approach of wanting to know what happened and wanting justice to be served.

“I just want to know,” Allen-Lowe said. “My daughter is 10 years old and is asking questions about her grandmother and I don’t have any answers for her.”

Allen-Lowe said when the cold case department at OSBI was formed a few years ago that her mother’s murder was one of two from the region that were focused on. However, the process of testing evidence has been going slow.
“The evidence in this case had not been tested for DNA until about two years ago and we don’t know if all of it was even tested,” Allen-Lowe said.

Her mother’s murder has been featured on news and television shows.

“We had a show called ‘Cold Justice’ wanting to do a story,” Allen-Lowe said. “(Stephens County District Attorney) Jason Hicks was amazing to work with, but the OSBI wouldn’t release any information about my mother’s case to them.”

Anyone with information on the murder can call the OSBI tip line anonymously at 800-822-8017 or email tips@osbi.ok.gov.

Looking at both sides of the issues

FFA officers are challenged to 'Lead Up'