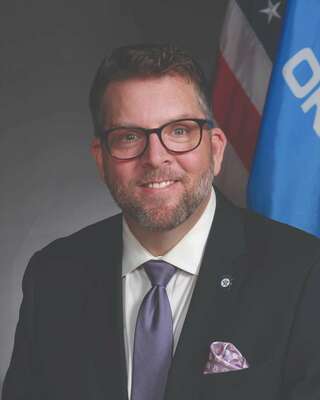 The first session of the 58th Legislature convened on Feb. 1. One of our first actions of business in the House is to read the 1,942 House Bills, 44 House Joint Resolutions, and the two House Resolutions filed this session.

“Reading” doesn’t mean a physical reading in the chamber of each measure. Instead, the House reading clerk announces that bills from the first number to the last number. That announcement means those measures are considered “first read.” This formality allows the bills on the following legislative day to be second read – the stage they are assigned to various committees.

Once bills pass committee, they are eligible for third reading, when they come to the House floor for a vote. Bills that pass the House advance to the state Senate. If they make it back to the House, they can be fourth read.

Once they’ve passed this stage they can be sent to the governor for his consideration of signing them into law.

There are several hot topics for the Legislature to consider this year. One is Medicaid expansion and how the state can best manage it. As the chair of the House Appropriations and Budget Subcommittee for Health, I am right in the middle of this.

Voters in June approved adding an article to the Oklahoma Constitution that expands eligibility for Oklahoma’s Medicaid program to include low-income adults between the ages of 18 and 65 whose income does not exceed 133 percent of the federal poverty level that are not already covered by Medicaid. This could add at least 200,000 Oklahomans to our Medicaid rolls at a cost of about $164 million.

Outside of the wishes of many legislators and hospital CEOs, the governor directed the Oklahoma Health Care Authority last year to send out Request for Proposals to managed care organizations (MCOs) to manage the state’s Medicaid plan. The plan to this point was managed by the Health Care Authority.

This week, the governor announced he and the authority have selected four managed care organizations to run the program: Blue Cross Blue Shield of Oklahoma, Oklahoma Complete Health, Humana Health Horizons and UnitedHealthcare. His goal, he said, is to improve Oklahoman’s health outcomes.

Managed care organizations have been successful at reducing emergency room and hospitalization rates, but I believe we can do that here in the state. Our Health Care Authority also has been very successful at getting payments out quickly to health care providers.

I have argued it is risky for the state to use MCOs because these are billion-dollar companies that operate nationally and not necessarily with the best interests of Oklahomans in mind. They won’t have rate caps in Oklahoma, which means they can spend more than their actuarial estimates and come back to the Legislature for extra appropriations.

I’ve told the governor and his health secretary my concerns. The Legislature already has a plan and hopefully, we will be invited back to the table to present it. Time will tell.

The governor also has proposed sweeping changes to the School Funding formula wanting to change the way schools are able to count students. Currently, schools are allowed to use the high-year student count from either the current school year or the previous two years.

The problem occurs when students move between districts. They can be counted up to three times, resulting in what are called “ghost students” or those that don’t actually exist. The governor would like to see this formula changed so that students are only counted once. We have some legislation in process to address this issue. Again, we will see what happens by the end of session.

Getting students out from behind screeens