The wrong way to lead 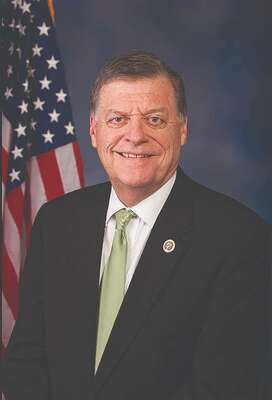 Since President Joe Biden was sworn into office just a few weeks ago, he has signed a flurry of executive orders in an attempt to undo many policies of the previous administration. In fact, he has issued more executive orders than any other new president in American history. Alarmingly, many of the actions seek to dismantle existing policy on energy development and climate, foreign relations and immigration. While I understand that the Biden Administration is seeking to plot a path forward, governing by use of pen – rather than in collaboration with the legislative branch – is not the way to lead our country or usher in lasting solutions. Moreover, it will sow greater division nationwide rather than pave the way for the “unity” President Biden promised to foster for the American people.

Considering that legislative work in Congress has only just begun in earnest and since the Democratic Party, to which President Biden belongs, holds the majority in both chambers, it is baffling that the president has opted to act on his own so fast and soon. Indeed, by doing so, he has effectively signaled that he does not care to wait on lawmakers to deliver the radical policies he wants.

In terms of the executive orders related to energy development, one of President Biden’s first moves was cancellation of the Keystone XL pipeline construction. This hasty decision has not only disrupted local economies, but it immediately jeopardized thousands of American jobs. Similarly, President Biden placed a moratorium on new oil, gas and coal leasing on federal lands. While federal lands make up only 20 percent of the land mass in our state, many oil and gas companies based in Oklahoma rely on working federal lands in other areas of the United States. As a result, this misguided moratorium on new leases will directly limit the ability of our oil and gas producers to search for and use new oil reserves, costing thousands of U.S. jobs and dangerously weakening America’s oil independence and energy security.

Indeed, relying on foreign countries for oil will only raise the prices of gasoline and utilities for all Americans and at a time when people are already struggling to get by amid the pandemic. Rather than increasing bills for Americans during these challenging times, President Biden and Congress should be working together to rebuild our economy and restore our way of life. Eliminating jobs and increasing utility costs is the opposite outcome President Biden should be dealing.

I am also disappointed by President Biden’s decision to unilaterally have America rejoin the Paris Climate Agreement, without any negotiation or debate in Congress. This action is severely misguided because it locks in inequitable mandates that favor China at the expense of U.S. jobs and energy independence. It also puts American energy supply at the mercy of foreign countries that do not have our nation’s best interests at heart. While I believe that climate change is real, addressing it should be done in a way that is internationally equitable and does not cost millions of U.S. jobs or put America’s hard-won energy independence at risk.

Finally, President Biden has taken the wrong approach on immigration policy. For example, another one of his executive orders banned for 100 days deportation of those who entered our country illegally, including known criminals. In addition, he has halted the construction underway on our southern border wall. While barriers are not the only answer to fixing our broken immigration system, it does assist the men and women of our border security and help slow and stop the illegal flow of drug and human trafficking into our country. I regret that President Biden is choosing to abandon this important tool.

While President Biden promised to unite the country, the substance of his executive orders thus far contradict that promise. Indeed, as long as the president makes unilateral decisions to appease the far-left wing of the Democratic party, our country will only become more divided. I hope in the future, the president will encourage bipartisan work in Congress and cooperation with his administration in order to find the best solutions for the pressing problems facing all Americans.

Getting students out from behind screeens