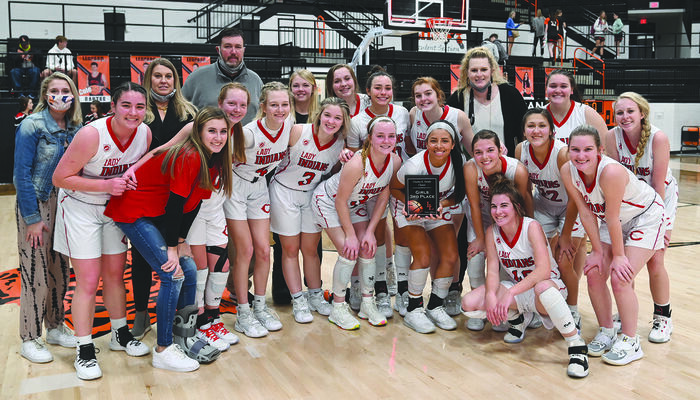 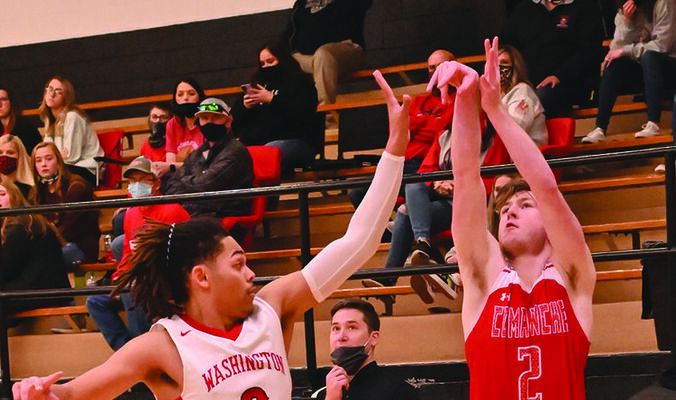 The Comanche girls basketball team brought home third place from the Lindsay tournament this past weekend.

The Lady Indians won their opener against Lone Grove, before falling to a tough Byng team in the semifinals. They rebounded to beat Pauls Valley in the third-place game.

“I was disappointed that we were seeded as low as fifth,” said Megan Robbins, head coach. “The Byng game had a finals feel to it.”

“I was pretty pleased,” Robbins said. “I thought we played more aggressive than we have been. I think we let the Byng game slip away from us, but overall I thought we did really good on the blocks and executed our game plan all three days.”

Gracee Miller and Kinley Rendon were named to the all-tournament team.

The boys' team did not have as much success as the girls, taking losses on all three days.

“Obviously, it didn’t go the way we wanted it to,” said Caleb Patterson, head coach. “It showed us some weaknesses on both sides of the floor we need to work on.”

He still found some positives, though.

“I saw some good things,” Patterson said. “I think we got the best game of the season out of our bigs in the final game and I see a lot of aggression out of the younger guys. It’s just going to take some time for us to get moving in a positive direction.”

Comanche started the game quickly, bolting out to a 23-7 lead in the first quarter and led 37-15 at the half.

The Lady Indians didn’t allow Lone Grove back in the game in the second half and went on to the 26-point win.

Pauls Valley outscored Comanche 37-32 in the second half to break a 27-all tie at the half to win the game.

The game was low-scoring in the first half with Comanche holding a slight 12-11 lead at halftime.

Byng came out in the third and outscored the Lady Indians 15-12 in the third to take a 26-24 into the fourth quarter where the Lady Pirates put the game away.

The fourth quarter would prove to be the difference as the Longhorns outscored the Indians 13-3 to get the win.

Leading the way in Comanche in scoring was Landon Ellis with 12 points, followed by: Mason Kulbeth, 10; Myles Ellis, 6; and Briar Blair, 3

Comanche had no problems with Pauls Valley, jumping out to a 25-2 lead at the end of the first quarter and then cruising the rest of the way to get the win.

Washington took a 19-9 lead at the end of the first quarter and a 32-23 halftime lead. The Warriors would extend their lead to 12 in the third quarter before going on to win by 11.